So What Makes a Bad Book?

This thought occurred to me as I was reading some book reviews on the Visual Bookshelf application on Facebook. I love that application! It lets you record the books you've read, rate them, and post reviews. I quite like reading other reviews that people have written as well. I've actually discovered books I'd like to read from doing that. Hunger Games has got rave reviews and sounds like a pretty interesting read. But sometimes you come across reviews that leave you scratching your head. I've read various reviews from people who claim that Sense and Sensibility/Wuthering Heights/Romeo and Juliet/The Catcher in the Rye/Insert Other Classic Novel is the worst book ever.
Now, fair enough, we all have different tastes and we can't all be expected to like the same things. What a terrible place the world would be if that was the case! And classic novels can often disappoint us far more than any random book that we pull off the book shelves. Because a book has a reputation as a classic we assume that it will be at least pretty good and the expectations we have are sometimes too high. I really hate Frankenstein & Heart of Darkness and they're classic novels. But anyone that claims that any of the books that I've mentioned in the above paragraph is the worst book ever simply can't have read that many books! Similarly, anyone who claims that The Da Vinci Code is the best book they've ever read can't have read many books...and those other books must have been absolutely terrible. This has got me thinking about the qualities that define a bad book. The worst book in the world should have all of the following things.
It should have little to no plot or be full of plot holes. It should be badly-written. It should only contain characters that are uninteresting and one-dimensional. It should have no character development. It should be morally dubious.
By this standard, The Da Vinci Code, Frankenstein & Heart of Darkness are the worst books ever! Seriously, though, whilst I do think these books are hideously overrated, I'm sure there are plenty of books out there that are even worse. This is why I am calling these books the worst books that I have ever read and not the worst books ever.

Email ThisBlogThis!Share to TwitterShare to FacebookShare to Pinterest
Labels: books

OK, this is something I found on a website. What if your life was a movie? What would the soundtrack be? This is what you do:

1. Put my iPod on shuffle
2. Press play
3. For every question, type the song that's playing
4. When you go to a new question, press the next button
5. Don't try to pretend you're cool!

Opening Credits:
The Blood - The Cure (a gloomy start...)

Waking Up:
Set Me Free - Velvet Revolver (...but a rousing wake-up song)

First Day of School:
Beautiful Feeling - PJ Harvey (Ha, the first day of school would not be a beautiful feeling!)

Falling in Love:
Oliver James - Fleet Foxes (a song about a drowning would be my falling in love song?!)

Life:
Play in the Sunshine - Prince

Getting Back Together:
Rocket - Smashing Pumpkins

Wedding:
To The End - Blur

Birth of Child:
Brick is Red - The Pixies

Funeral Song:
Vicar in a Tutu - The Smiths

Conclusion: I think I need a few more artists in my iTunes library.
Posted by Hannah at 20:20 1 comment:

Email ThisBlogThis!Share to TwitterShare to FacebookShare to Pinterest
Labels: music

A collection of some of the most annoying/amusing cliches in film!

Today I saw not only one film at the cinema, I saw two back-to-back! I haven't done that since I saw 'Big Fish' and 'Lost in Translation' on the same day (Burton's 'Big Fish' was by far the best of the two, there's more about him below). Today I saw 'Alice in Wonderland' and 'Shutter Island' with my good friend, extremely flammable. Here are my thoughts:
Alice in Wonderland - I really wasn't sure how I'd feel about this film although I guess my mood was of cautious optimism. Lewis Carroll's 'Alice's Adventures in Wonderland' is one of my favourite books (I think it's pure genius) and I'm a big Burton/Depp fangirl so you'd think I'd have been really, really excited about seeing it. No doubt I would have been if I hadn't seen their attempt on Roald Dahl's 'Charlie and the Chocolate Factory'. "I love Dahl, I love Burton, I love Depp!" was my thinking, "what could go wrong!" However, although it was visually great and Freddie Highmore gave a good performance as Charlie, I was disappointed. Depp (as much as I love him) was nowhere near as good as Gene Wilder was at playing Willy Wonka in the earlier attempt at adapting that book. Also, the Oompa Loompas were annoying and the songs mediocre at best. I wasn't sure how I'd feel about Burton taking on another classic children's book. As it turns out, his 'Alice in Wonderland' is definitely better than his 'Charlie and the Chocolate Factory' but it's still a little disappointing. Rather than being a straightforward adaptation of Carroll's books 'Alice's Adventures in Wonderland' and 'Through the Looking Glass', the film is actually a sequel to those books which takes place about twelve years later. It's a fresh idea and I give credit to the screenwriter Linda Woolverton (who wrote 'Beauty and the Beast' and 'The Lion King', two of Disney's greatest films) for coming up with it. I also really liked Stephen Fry as the Cheshire Cat and Anne Hathaway as the White Queen. I DID like Helena Bonham-Carter as the Red Queen too although I've just heard Mark Kermode's review where he argues that she's basically copying Miranda Richardson's performance as Queenie in Blackadder, and thinking about it I can kind of see his point! Those are the good things about the film. The bad things? Well, sadly, I found Mia Wasikowska a bit annoying as Alice. I thought she was totally lacking in charisma. Barbara Windsor, as the Dormouse, I also found VERY annoying although she irritates me in almost everything. The film drags in places too and I think it could have done with some more humour. It's good but not great so I'd give it a 3/5.
Shutter Island - This was DEFINITELY the superior film of the two. Martin Scorsese/Leonardo DiCaprio is another Director/Actor combo that I really love. Yes, I found their 'Gangs of New York' disappointing but I absolutely love 'The Departed' (I still haven't seen 'The Aviator' all the way through but I want to). This is a very atmospheric and, at times, disturbing film. So it's not exactly a great date movie (lol) but it's an excellent psychological thriller. I thought DiCaprio was brilliant (it may be his best performance, I reckon) and I was very impressed with his performance. The rest of the cast are very good too, though. This is the kind of film that you have to stay focused on otherwise you'll end up confused but it's powerful and I think it might be even better on a second viewing: 4/5.
Other thoughts from me:
- My hair looks fine! It badly needed a trim so it looks loads better. The highlights are a bit more subtle than I'd planned but I honestly like my hair looks with them. Yay!
- I don't get darts! Last night I watched a bit of a darts tournament at the M.E.N. Arena that was on Sky Sports. I just don't understand why you'd pay all that money to go when it's not even a real sport. Give me a Tennis or Football (yes, I am a girl who likes Football!) match any day.
- Coming up: My Most Hated TV Shows...
Posted by Hannah at 20:42 1 comment: Links to this post

Honourary Mention: England. I'd quite like to see more of my own country. That includes Scotland as well.
Posted by Hannah at 22:31 No comments: Links to this post

Email ThisBlogThis!Share to TwitterShare to FacebookShare to Pinterest
Labels: travel

1. Pizza
I love pretty much all Italian food but you just can't beat a good Pizza. Pepperoni's my fave although Pizza Express do many great ones that I still have yet to try : D

2. Cereal & Milk
Yep, cereal. I practically lived off the stuff at Uni. By cereal, I mean the non-disgusting kinds like Frosties & Frosted Shreddies. I don't mean Special K. Don't be fooled by their adverts! Their healthy food does NOT taste good and will NOT replace your craving for junk food. All lies!

3. Ben and Jerry's Ice Cream
Like most girls i'm a chocoholic so I was ORIGINALLY going to say Cadbury's Chocolate, but as they've BETRAYED my hometown of Birmingham by giving into the Kraft corporation, I'm going to stick two fingers up and choose Ben and Jerry's Ice Cream instead. Now, Ice Cream in general is great but B&J's beats all the rest. So many delicious flavours! Argh, why did I start this post! It's just making me hungry.

4. Cake
You're never too old for birthday cake.

5. Olives
I first tried olives when I was about 10 and hated them. Tried them again 8 years later and LOVED them. What a fool I was!
Posted by Hannah at 16:26 No comments: Links to this post

Ooh, how exciting! Not sure about the title of this blog as it's not especially witty or entertaining - you want to get your blog off to a good start - but it's accurate. Ok, I'd best get my introductions over and done with. My blog name is Indigo Montoya. Why, you ask? Well, there are 2 reasons: 1. The Princess Bride is one of my favourite books and its screen adaptation is also one of my favourite films. Inigo Montoya is my fave character in the book/film (closely followed by Wesley of course). He rocks. 2. Blue happens to be my favourite colour. Now, i'm fond of most colours apart from Orange (shudders) but Blue is by far my favourite. It's the colour of the SEA, the SKY. Those are lovely things & I associate blue with those lovely things. It's a calming colour, you know? So, to give my blog a bit of a personal stamp, I tweaked Inigo Montoya's name (I'm sure he won't mind) & have decided to call myself Indigo Montoya. Indigo is of course a shade of blue. Someone tried to convince me that it's a shade of purple. It's not. I've just checked and unless my Oxford English Dictionary is lying to me it's a dark blue. My real name, in case you were wondering, is Hannah. I'm from Birmingham, England. I've decided to write a blog simply because my friend has one and I want one. Jumping the bandwagon, I know. I don't think I'll be using this blog as a diary. Instead, I'll use this place to rant about things that annoy me, rave about what I love & to discuss various things about my life. There really isn't much else for me to say! Oh, I apologise in advance for any spelling mistakes and typos that I'm sure to make at some point in the course of my blogging. Bye!
Posted by Hannah at 23:39 4 comments: Links to this post 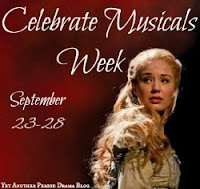 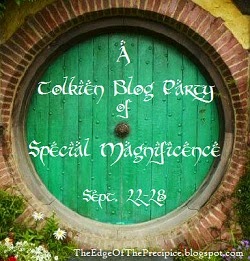 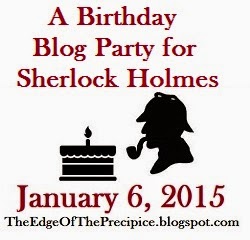